About
Events
Ecosystem
News
Join us

Why are scientists building a synthetic yeast genome?

Australian scientists are part of a consortium building the world’s first synthetic yeast genome. We could use designer genomes to design microbes to do things that would be industrially or environmentally useful. 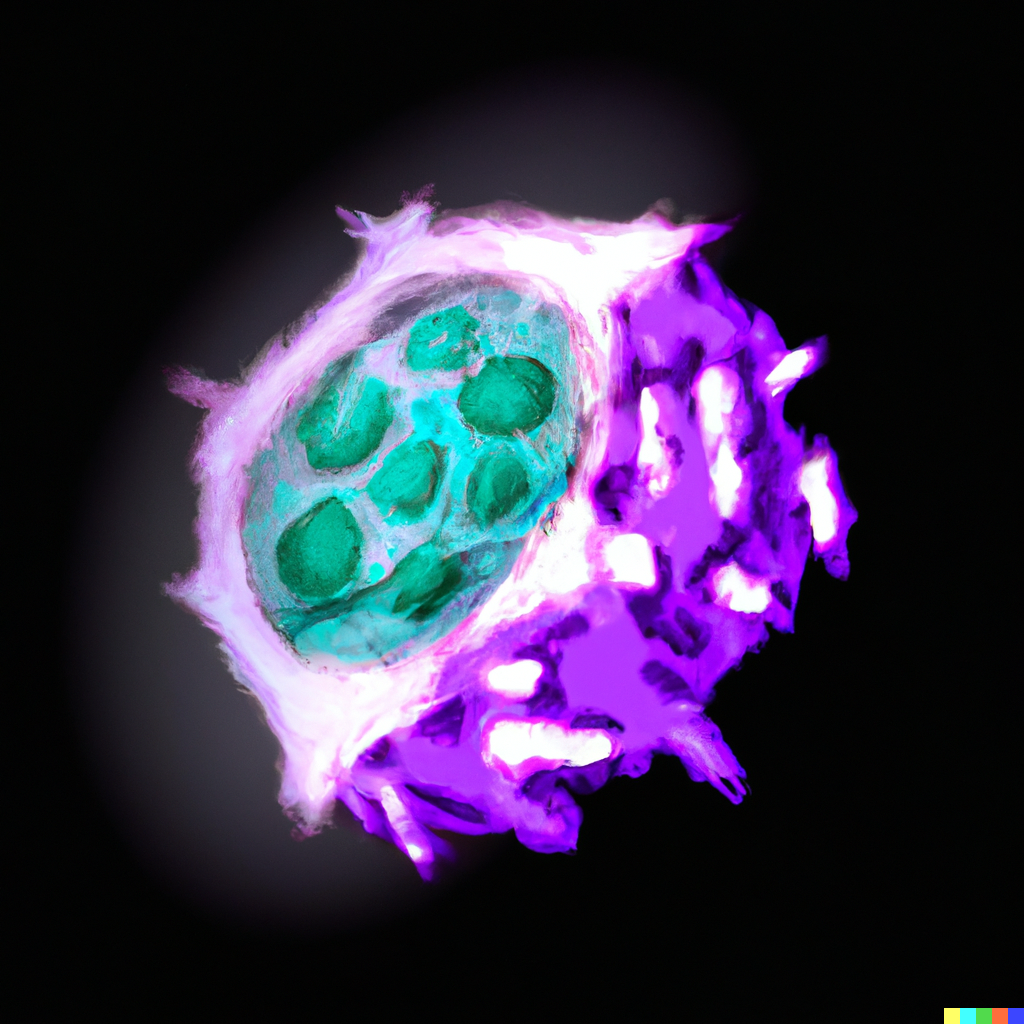 For most of us, brewer’s yeast conjures up images of all the delicious things we make with it – bread, beer and wine. Known scientifically as Saccharomyces cerevisiae, Brewer’s yeast has greatly contributed to humanity’s happiness, according to synthetic biologist Ian Paulsen of Macquarie University. “I like to say yeast is probably the greatest contributor to human happiness over humanity’s existence.” But there are a lot more reasons to raise a glass to this single-celled microorganism, beyond the role it plays in providing something to put in that glass in the first place. “It’s also increasingly useful as an industrial workhorse for the production of bioethanol,” Professor Paulsen said. What’s more, yeast has the potential to help us produce biological versions or replacements for a whole range of other important chemicals we currently produce from oil. That makes it something of a darling in the growing field of synthetic biology — and one of the most studied organisms on the planet.

“Synthetic biology is very much about trying to understand more about how the natural world works, and just being able to exploit that to do useful things,” said Claudia Vickers of the University of Queensland and director of CSIRO’s Synthetic Biology Future Science Platform. “If we can use biology to replace those petrochemical-based industries and processes, then we can develop sustainable, environmentally friendly, renewable processes.” For example, we could design and construct novel biological systems in microbes that could convert waste into biofuel, bioplastics and other high-value chemicals.

But for that to happen we need to better understand how yeast works. And that’s where Professor Paulsen’s work comes in. He’s one of the leaders of the Australian team that is part of an international effort to build the first synthetic yeast genome.They’re calling it yeast 2.0.

What is a synthetic genome?

"With synthetic genomes, the vision is to redesign a whole organism genome from scratch", Professor Paulsen said.

Or at least, that’s the theory anyway. It’s proving a little trickier in practice; so far scientists have only been able to make some synthetic bacteria genomes. In 2010, scientists at the J. Craig Venter Institute announced they had successfully synthesised the genome of bacteria Mycoplasma mycoides and transplanted it into a Mycoplasma capricolum cell that was then able to self-replicate. Six years later, they announced a new, more streamlined version of the M. mycoides genome, creating what’s known as a minimal genome. "A minimal genome is the minimum collection of genes and DNA components that give you a functional genome and make life possible", Dr Vickers said. For example, you might have some genes that are redundant because more than one does the same job. Or highly repetitive regions of DNA, sometimes called junk DNA, which can be removed.

Eukaryotic organisms can be single-celled or multi-celled, and include most complex life forms. Prokaryotic cells — such as bacteria — do not contain a nucleus. The yeast 2.0 project is our first attempt at making a synthetic eukaryote genome, which is many times more complex than a bacterial genome. “Eukaryote is a classification of creatures that covers everything from single-celled yeasts to plants to animals to humans. It’s a distinct group from bacteria, which are a type of prokaryote.,” Professor Paulsen said.

So, how are scientists building yeast 2.0?

“What’s proven to be by far the most time-consuming is not the design, not the building, but it’s the testing and fixing it,” Professor Paulsen said.

The team are working from a complete design of the chromosome, and then are chemically synthesising what they’re calling “megachunks” of the DNA, which are about 50,000 base pairs in size. (DNA is made of four different units or bases — adenine which binds with thymine, and guanine which binds with cytosine, to form base pairs.) To put that in perspective, each of these megachunks represents maybe two or three per cent of the chromosome. Each megachunk of synthetic DNA replaces the native DNA, as the team works stepwise across the whole chromosome until it’s all synthetic.

“The real problem is … maybe about a quarter of the time the new megachunk that we’ve put in dramatically breaks the yeast,” Professor Paulsen said.

Faced with a massively less healthy organism, the team then have to work out which of the changes they made are responsible for messing it up. “One of the surprising things is you can actually make really large changes and they’ll often have no detrimental effects. And you can make really tiny changes that you think, ‘well this isn’t going to do anything’, and that has these massive health decreases in our semi-synthetic yeast.”, Professor Paulsen said.

“Our first design is a much more ambitious design in that we’re actually deleting a whole bunch of stuff, and making a whole range of other changes, but we’re not removing any genes,” Professor Paulsen said. And he hopes this will give them more insight into the dos and don’ts of editing genomes.

“It gives us a better idea of what’s actually required for life — so it improves our understanding of how the blueprint is put together.”

Is this creating artificial life?

Depending on how you define it, scientists have been creating artificial life or modified organisms since the 1970s, Professor Paulsen said, and “we haven’t ended the world yet”. He sees designing completely synthetic genomes from scratch as the next step forward from traditional techniques that only change an organism one gene at a time. But both he and Dr Vickers are very aware of the significant ethical issues that surround their work, and the need to secure broader community support and engagement. “If we don’t develop technologies that people are willing to use, then why are we developing those technologies, and where’s the benefit that we’re seeing out of them?” Dr Vickers said.

That’s a very valid concern when you consider the enormous potential of synthetic biology, said Josh Wodak of the University of New South Wales, who researches the societal implications of science and technology. “[It] would be something of a tragedy if it could actually do useful things for real world problems, but there was a massive societal backlash because the word itself – synthetic biology or synthetic genomics – sounds quite Frankensteinian,” Dr Wodak said. For him, one of the biggest consideration when it comes to synthetic biology is dual use, or the potential for the science to be misused. “If people are creating essentially synthetic lifeforms, bacterial, microbial lifeforms, it stands to reason that they will evolve, mutate and adapt with time.” It’s impossible to know how such lifeforms will behave in the field.

“One of the scary things about synthetic biology is that a lot of the tools and the equipment can actually be gotten for very, very cheap,” Dr Wodak said.This raises the risk of citizen biohackers getting themselves into trouble or people using the technology for nefarious purposes.“[If] synthetic biology is one of the conceptual toolkits we’re gong to use to face down the enormous environmental challenges of the 21st century, that does mean it’s probably got more chance to wind up in the hands of people we would prefer it to not do,” Dr Wodak said.

Professor Paulsen acknowledged that it’s not possible to rule out any technology being conceivably misused. But he stressed that academic researchers are using the same safeguards that they would in any other project. And he said it’s work that is having real world impact in a positive way. “I think the synthetic community in general, certainly see synthetic biology as a powerful tool for addressing many of humanity’s current problems.”

Dr. Vickers agrees. “A lot of the problems that we’re trying to solve are unsolvable using other technologies,” she said. “Maybe one day in the future the choice might be between not having a reef, and having a genetically engineered reef. If you were presented with that, what would you choose?” And for now, designing a synthetic genome for an organism to take over the world remains firmly in the realm of science fiction.

“If I was an evil mad genius and I wanted to make an organism to destroy the world, the good news is that there’s no way we would know how to do that at this point in time, or at any conceivable point,” Professor Paulsen said. 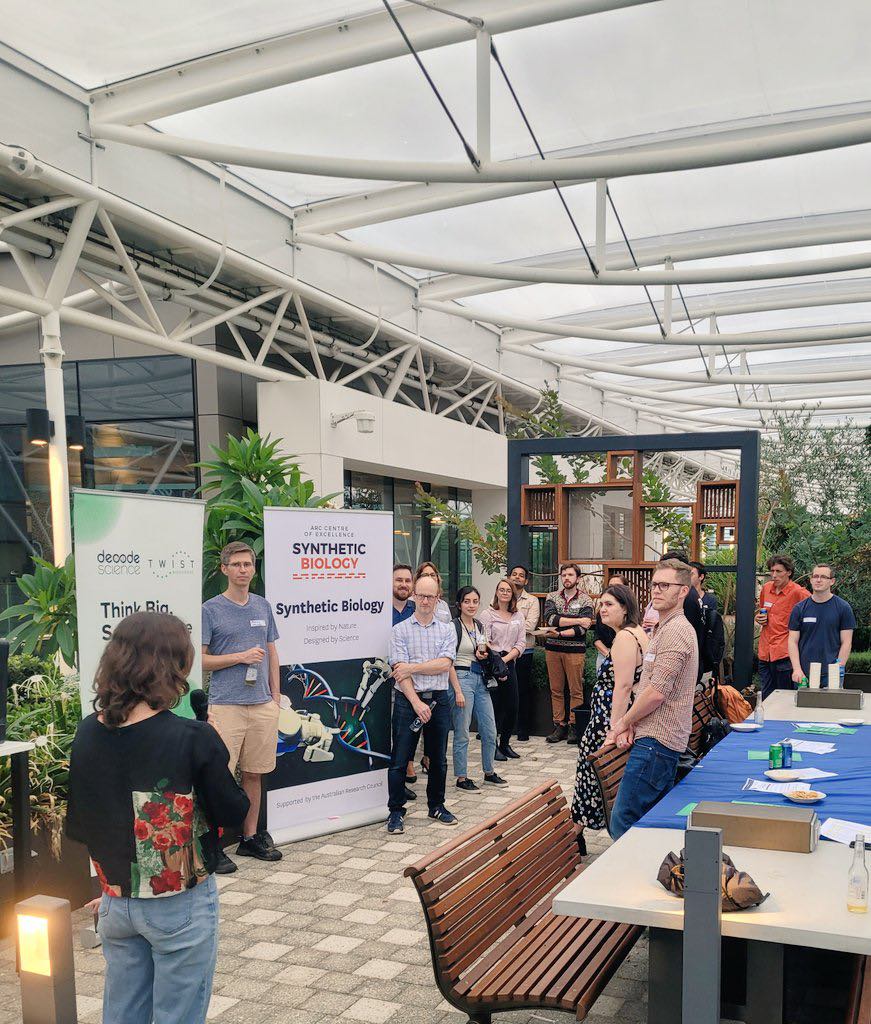 Expression of interest for a new SBA-Sydney node leader

The SBA-Sydney is calling for expression of interest for a new node leader. Dr Craig Cormick is, amongst many things, a science communicator. He has a broad background in both the theory and the practice of working with social attitudes to new technologies, and methods of community engagement.